The Future Language of Business: English Vs. Mandarin

The English language has long been established in its elevated title as the international language of business, however with the rise of China, Mandarin may reach this status. 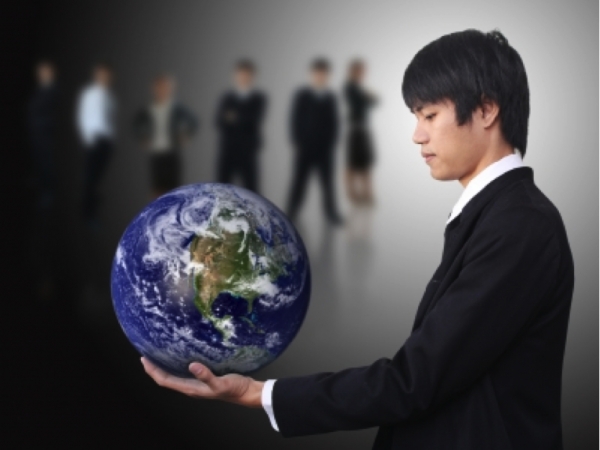 The English language has long been established in its elevated title as the international language of business, however with the rise of China, Mandarin may reach this status. The British Council reports that speakers of English as a second language probably outnumber those who are native speakers of the language. When a business meeting or transaction takes place between parties that speak different languages, it is thought that by default the common ground becomes English. Yet surely this notion is deeply rooted in a Western perspective. For many business people in Asia the common language may often be Mandarin, and Asia is by no measure small. Factor this in with China making tracks into the global business world at speed; having a HSK qualification on your CV is now becoming a huge bonus if not necessity for many positions in the global business industries. Being native and/or fluent in both English and Mandarin can be easily claimed as the holy grail of the next generation of business people.

There are a colossal number of Mandarin speakers globally, allaboutlanguages.com reports that “With close to 850 million speakers, Mandarin Chinese is by far the world’s largest language”. This figure drastically outnumbers the amount of Native English speakers. Yet most Mandarin speakers live in one country, (and it’s close neighbors) namely China (Taiwan, Singapore). In addition when you add the number of people who speak English as a second language, possibly even only counting those that speak it fluently, you are nearing if not surpassing those figures easily.
Nonetheless these eastern countries are rapidly developing when it come to global business presence. Not only that, but they are also exporting the largest number of higher education students internationally, and therefore are producing the potential high flyers of the future, to the globe.

In certain areas of business the need for Mandarin speakers or at least the perceived need, is greater than others. For example in the legal sector a poll taken by Legal Week reveled that 50% of Partners asked believed ‘Chinese’ would be the language of the future. A paper by Jacques deLisle from the University of Pennsylvania Law School (April 2014) states that “The largest national contingent of foreign students in the United States now is from China, numbering around 200,000… At U.S. law schools, LLM programs—one-year graduate degrees in law that attract almost exclusively foreign students who have earned undergraduate (and sometimes graduate) law degrees in their home countries—have expanded dramatically during the last decade or two”. The current U.S. government has been striving to match this rapid internationalization by actively attempting to boost the number of U.S. students studying similar subjects in the hometowns of their eastern peers.

The above has not gone un-noticed by educators and students in Mandarin speaking countries. Beijing is home to High schools exclusively geared towards their students achieving places in top U.S. colleges. The consistently rising numbers of native Mandarin speaking students studying in English speaking countries reflects the high regard mastering the English Language is held in. Being the master of two or more languages of business is inextricably beneficial in leading to brighter futures. Hence we are actually seeing an increase in students travelling overseas from both directions. The result of which are Chinese students with western influences and vice versa. Chinese students will return home with a penchant for certain goods/foods that may not be found on their home ground and likewise western students will return home with matured tastes, using different social networks to stay in touch with Chinese friends and perhaps lifelong fans of TaoBao and the like.

Learning or even gaining just a basic understanding of the character based language takes years to learn even for those born in Mandarin speaking countries. Understanding, and using it correctly requires a different conceptual approach (let alone the tones) and so is notoriously difficult for foreigners to learn. However Mandarin is becoming more and more modernized, with many people using the Romanization ‘Pin Yin’ and easier ways of saying things becoming the norm, it may not be as far out of our reach as before.

Digital Marketing in China – Where To Start?